Even after you’ve grown up and moved past the whole roommate house share situation from your college years, sharing a home with your significant other can still pose challenges as to boundaries of who’s is what.

Naturally, as we often do, we will hide our yummy treats from our significant others in order to keep them safe. I’ve currently got a secret stash of chocolate and instant ramen packets hidden from my wife in one of the suitcases we never use…hope she doesn’t read this. 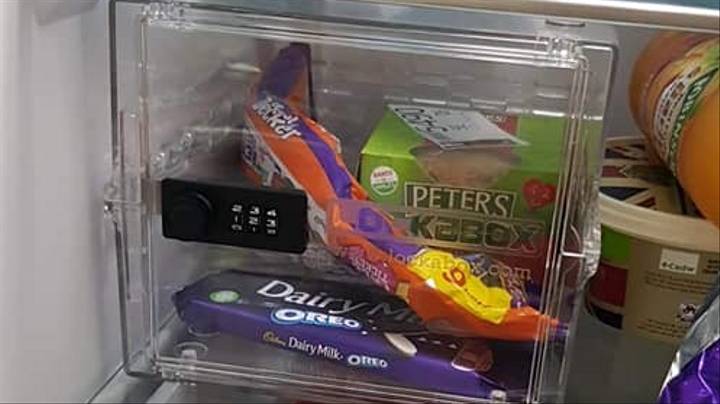 Well, one guy, Dave Lowe, went above and beyond in his quest to hide his chocolate from other people’s lack of self-control. He actually went out and bought a fridge safe in order to ensure that nobody but him would be able to get his hands on his food.

To access the fridge a person would need to know the three-digit combination to open it. And there is no doubt that Dave is remaining tight-lipped on that front.

I’m actually starting to get ideas instead of my suitcase hiding spot. Dave Lowe is a genius.

However, his fiancé Stacey Lowe isn’t as impressed with him as others might be. She has called him wonderfully colorful names such as “arsehole” and “prick.”

Here below is her rant that she posted to Facebook:

“So this is what it has come too! You buy a house together, have a child together, get engaged, are planning a wedding and doing your house up and this happens! Dave goes and buys a fucking fridge safe because he’s an arsehole and doesn’t want to share his chocolate with me anymore! Does anyone want him? Surely this is breakup material right?! Prick!”

So this is what it has come too! You buy a house together, have a child together, get engaged, are planning a wedding…

I’m sorry, but I’m on Team Dave on this one. Sometimes you gotta protect the precious snacks at all costs.

People have been interacting with the post, tagging their friends or significant others in it and suggesting they need to get one themselves. But like all viral things on the internet, the post has people divided.

For as many of us that are on Team Dave, there is a massive following that makes up the other side of Team Stacey. Loads of people supported her, believing that Dave was making a bad move. One person even suggested that they’d “burn the house down” if their significant other pulled that on them, or at the very least, would “smash that shit wide open.” Yikes! 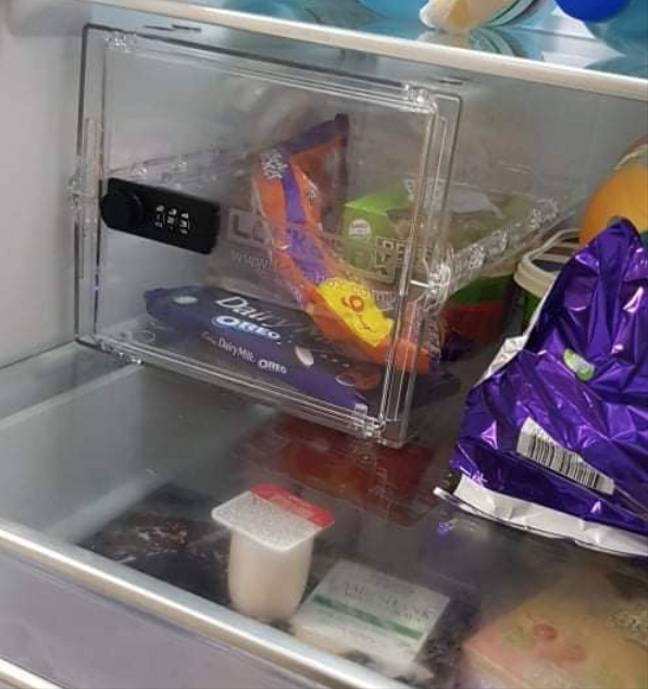 Another person added, “Why would anyone do this to their spouse?”

Other commentators suggested Stacey get even with Dave by taking the box out of the fridge.

One person posted, “Sit the box out in a warm sunny spot…tell him where it is when he goes to the fridge for it.”

Someone else added, “Chuck it in the rubbish then no one can have any.”

Jaysus! Just let the man have his chocolate in peace!